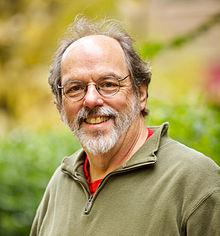 Not registered as user yet

Ward Cunningham is an American computer programmer who developed the first wiki. A pioneer in both design patterns and extreme programming, he started programming the software WikiWikiWeb in 1994 and installed it on the website of his software consultancy, Cunningham & Cunningham (commonly known by its domain name, c2.com), on March 25, 1995, as an add-on to the Portland Pattern Repository.

He has authored a book about wikis, titled The Wiki Way, and also invented Framework for Integrated Tests. He was a keynote speaker at the first three instances of the WikiSym conference series on wiki research and practice.